Egle Oddo, born in Palermo, Italy, nowadays lives and works in Helsinki in Finland. She has been living ang working in many different countries and continents. She uses different medias in art works.
"I am interested in social dynamics. I think that the artist as individual has a responsibility toward society. And this responsibility regards communication, transparency, and being critical with oneself. Freedom in art creation is a fact. It is also a fact that as part of a living and growing community we need to be receptive with our neighbours. My interest in creating art is to underline social habits and dynamics, old and new traditions, cultural patterns, the effect of new technologies on our everyday life. I mostly like to work with narrative and linear structures. I think that one of the functions of art is to establish bridges and links between concepts and ideas not connected before. Art is one non-violent way to change History because it operates on collective imagination. Originality is distinction." 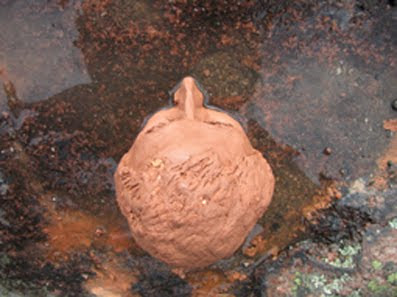 Images chase after our whole existence as contemporaries, and are projected from every visual angle, from manifold fetish windows and screens in all circumstances. Over our eyes looms up the powerful call of media which challenge permeates daily life with impossible neutrality; being in front of a screen may well denote time going by without pain, without joy. Only dreams are immortal visions in their fantastic, uncontaminated and unchangeable absurdity. They greatly resemble the past.
“My photo series has been designed to reveal the presence of the screen behind images; using traditional black and white photography I merge digital pattern of video projection into the organicity of  film grain.” (E.O.)
We see a rosary of images whose beads are the frames, single particles constituting a sacred planetary equilibrium that represents the uncontaminated internal world and the divine of the characters. Silhouettes of profiles appear that fade away in the game of lights and invisible chrysalises, of bright flashes, of deliberately failed synchronisms.
The technique here used does not support the picture any further. It simply deforms it, and that, precisely, only thanks to a regenerative outrage, to an absurd and only apparently useless contamination, to a passionate intrusion into the presumed purity of the original images.
Finally the photo-sequence, far from being a reproduction of a captured moment temporally exhausted, becomes a dynamic perspective of transfiguration.
The artwork SCREEN makes all visionaries free to understand simply through the eyes; its internal power is thoroughly expressed in the contradictions of the distracted, discontinuous, violated images, in the lost form of the origin.