Thomas Bjelkeborn, born in Sweden and studied composition at EMS (Electro-Acoustic Music in Sweden) in Stockholm with Lars-Gunnar Bodin and Jan W Morthenson where he also has worked as assistant studiomanager.In Sweden, Thomas Bjelkeborn is quite well known in modern music circles, and he has probably reached a wider audience than the average composer on account of his interactive installations in museums and some large-scale outdoor environmental musical projects. His music is characterised by border-crossing between different genres in encounters with other art forms. His works is performed all over the world and his electroacoustic piece Alpha Position U has been played at 14 important festivals in 8 countries since the first performance in Krakow Poland in november 2007.
In year 2001 he founded the Institutet for Digital Arts, IDKA in Sweden and was the manager until 2006. Today he is International Relations Cordinator and board member at IDKA. During 2008-2010 he is composer-in-recidence at Musiques Inventives d’Annecy in France.
Thomas Bjelkeborn is very active on the European scene for laptop live-electronics playing wii controllers in the French-Swedish ensemble The Sound Quartet together with Philippe Moenne-Loccoz and he has toured to many countries with the noise act BNUNC. 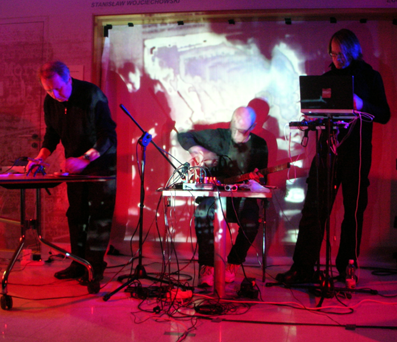