Jillian Mcdonald is a Canadian artist, living in New York. She is Associate Professor of Fine Art at Pace University, where she also curates and co-directs the Pace Digital Gallery. With roots in Winnipeg and Newfoundland, she dreams of a snow-covered prairie and fog creeping off the ocean.

She likes watching movies (especially scary ones) and being outdoors. In 2007 she ran her first marathon in Atlanta, GA. Some of her favourite people are strangers.

Mcdonald received grants from The New York Foundation for the Arts, The Canada Council for the Arts, Soil New Media, Turbulence, The Gunk Foundation, NYSCA, The Experimental Television Center, Thirdplace.org, and Pace University. She lectures regularly in North America and Europe about her work and attends numerous residencies including The Headlands Center for the Arts in California; The Lower Manhattan Cultural Council's Workspace Program and Harvestworks in New York; DAIMON, Sagamie, and La Chambre Blanche in Québec; CFAT in Halifax; Em-Media in Calgary; and The Western Front in Vancouver. In 2009 she is in residence at Lilith Performance Studio in Sweden, The University of North Carolina, Asheville, and The Arizona State University Art Museum in Tempe.

Mcdonald's work has been reviewed in The New York Times, Flash Art, Art Papers, The Globe and Mail, The Toronto Star, and The Village Voice, among others. A discussion of her work appears in several books including Stalking by Bran Nicol and Art and the Subway by Tracy Fitzpatrick. 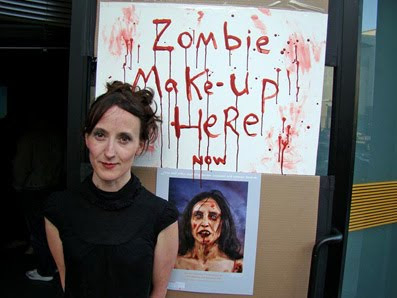