Carolina Loyola-Garcia is a multidisciplinary artist, curator, and educator. Her work reflects upon such issues as cultural dis/placement, language, post-colonialism, and the environment offering a critical view and questioning current notions of corporate economic development. She works primarily in media arts, including single-channel video art, video installations, digital printmaking, and most recently in documentary, and has also ventured into performance through theater and dance. Formally, she explores the possibilities that digital media offers for layering and compositing, as a mean to communicate various levels of discourse. Her work has been exhibited internationally in biennials, art shows, and film festivals such as the 10th Havana Biennial; InteractivA'07, Mexico; Bangkok Experimental Film Festival, Thailand; Three Rivers Film Festival, USA; Bienal de Video y Nuevos Medios, Chile; among others. She received her MFA from Carnegie Mellon University and is currently a professor of Media Arts at Robert Morris University. 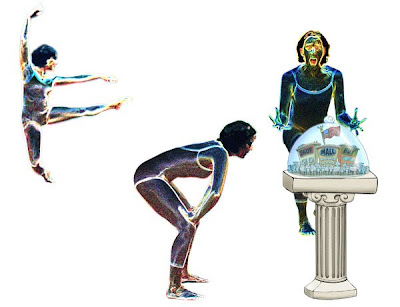 
Liminal Media Productions - Carolina Loyola-Garcia
Experiment #2
On writing, images, and sound
Writing and image making as an exercise of thinking and observing.
As an expression of awareness.
One long distance experiment on simultaneous perceptions.
Synchronic and asynchronic.
Open to the experience of moving bodies and what they house.
Affected by each other, by locations, by interactions, by sounds.
A strange exercise on mindfulness.